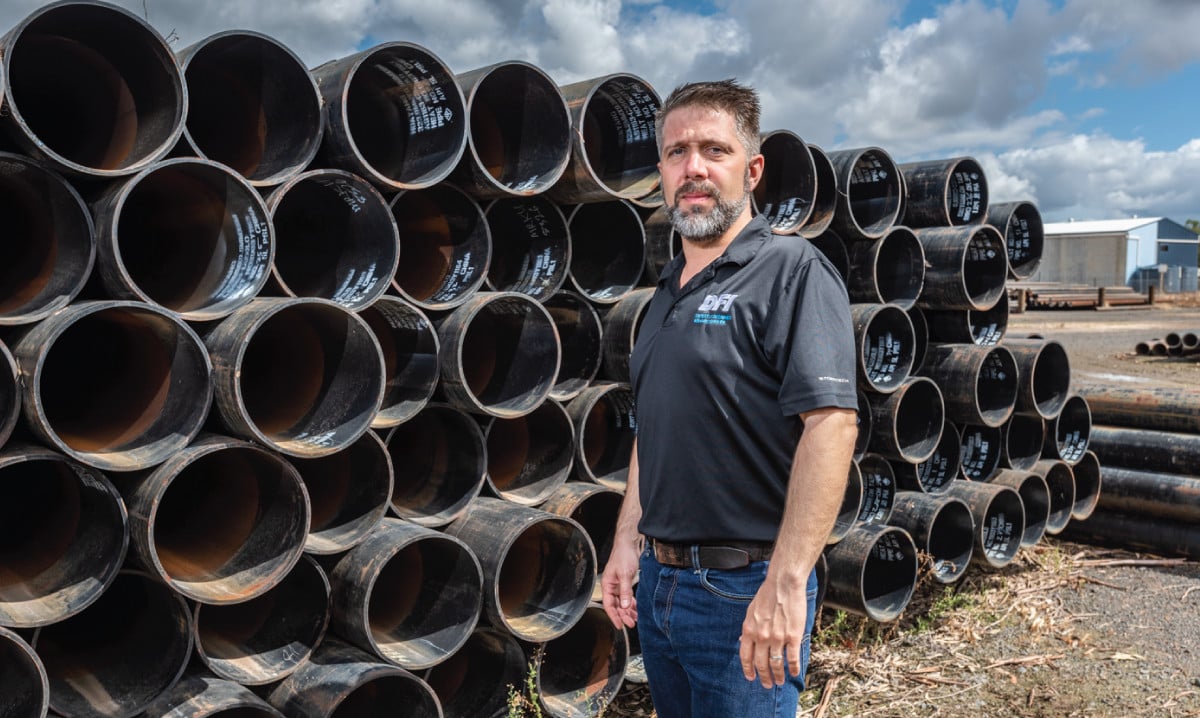 Posted at 16:52h in Press by celestehebert

DFI Has Taken Steel Piling All The Way Across Planet Earth

From the Canadian prairies to the Australian outback (and although a world apart), Matt Meyer, a DFI tradie, now the Australian Director, finds these two countries incredibly similar. “I absolutely love it here; aside from having to drive on the ‘wrong’ side of the road,” says Meyer. “Queensland is very similar to Alberta; it has agriculture, mining, oil & gas…”.

Having just celebrated 20 years with DFI, five of them in the Land Down Under, he knows steel piling. After landing in Brisbane in 2016 “with a suitcase of dreams” (and plenty of ambition), it did not take him long to realize that what he was actually bringing to Australia was a significant shift in construction methodology. “DFI has literally changed the way that Australia builds remote infrastructure. No one was offering effective steel foundation systems in the CSG space until we arrived!”

“The ground is a natural fit to a steel pile; it’s extremely reactive soils on top of shallow bedrock.”, yet mass concrete foundations were the standard for Australia’s remote locations – until – Meyer started exposing the benefits of steel piling. “We landed our first project with Santos, Australia’s second largest oil & gas producer. This legitimized DFI, which lead to our second client, APA, Australia’s largest natural gas infrastructure business – they bought in big time.” Since, DFI has been working with everyone in the country’s O&G industry, think: Shell, QGC, Origin, Jemena, Arrow and Senex.

The Answer Is Steel In Straya

When comparing the TIC (total install cost), for remote locations, steel piling is usually a win. Just like in Canada, concrete piling, while viable, has numerous drawbacks. “The lack of resources in isolated sites means that absolutely everything needs to be brought in (water, aggregate, even a temporary batching plant). A crew needs to be mobilized and housed for months.” If the timeline for a concrete project is 4 to 5 months, the equivalent for a steel foundation is under a month. “DFI can install 50 to 100 steel piles per day with one rig and a crew of only two. Our small construction footprint also mitigates construction risk – essentially, less people equates to less risk.”

The other major consideration is climate. Australia’s extreme heat and wet weather season create  all kinds of constructability problems with concrete. Extreme weather, coupled with extremely reactive soils can make building infrastructure in remote locations a challenge! “Ultimately, what this means is deep foundations are necessary and in most cases, steel piling is the more cost-effective solution!”

Looking for a quote? We’re ready to crunch numbers…

Got a piling project? We’re ready to discuss your needs…

Get In Touch
Request An EstimateLet's Talk